If you are planning on building a chicken run, you are going to need chicken run plans and have more time than money on your hands. That’s the same important for Chicken Coop Plans.

It’s easy just to come up with something small like a portable type run that you can buy, but many others want their own custom-made chicken coop runs plans for their chickens somewhere down in the corner of the garden.

10 types of chicken run plans and ideas in the small, medium and large categories:

This is a small chicken coop, similar to a small modular-type home. All parts have been constructed separately, i.e. the base, the rafters and walls. Interior sheathing has been added with insulation.

The base of the coop is placed onto blocks that have been leveled and the walls then secured. All trimmings have been added with rafters put in place and roof sheathing. Ventilation has also been added.

A run offers the benefits of low winter sun and to keep the chickens happy and protected from the weather.

A roost is also included with perching to help the chickens reach their nesting boxes. A space-saving waterer is also added to this coop.

This is a popular small coop requested by many who want to build it. Its design is intended for around 3-5 chickens so that they have convenient access and cleaning facilities.

This coop also allows for outside accessing of the eggs with window openings and ventilation adjustments, etc. It is designed to be very predator-protected.

Not only that, it’s an aesthetically pleasing looking coop so that neighbours are not put off by it and it has good ventilation.

Basically, it’s 5×10 ft. Its front wall is 7 ft. high with the back wall being 6-ft high. The coop floor is about 2-ft off the ground, allowing the chickens the freedom to wander underneath.

This is another chicken coop in the “small” category. It is about 6x6x6 ft. with the run being about 16×16 ft. The floor has been insulated and the walls are made from Styrofoam, saving money from the more expensive materials.

The ceiling of this coop has been insulated using foil covered with pink foam. Mini-barn sliding windows have been used and the outside has been covered with hardware cloth.

In the summer time, for extra ventilation, the glass can come out completely. Vents are in the top gables as well as in the soffits. 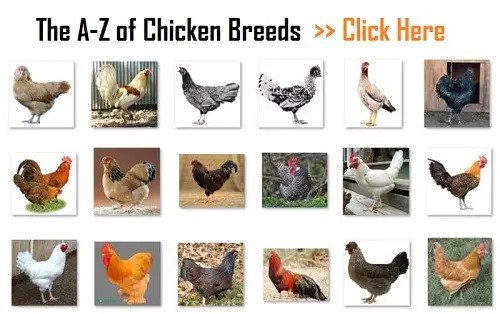 The French Hen coop is a medium-sized coop, about 5½ ft. high and with a small run. You can build a stone foundation for this run as it helps in keeping predators at bay via digging.

You can add holes in the foundation for posts and chicken wire. A frame can be added and a roof. The frames are made with removable panels. This makes it easy in case there are any future modifications.

Altogether there are 10 support-posts in the post holders. The two outside walls are about 8’3” apart.

This large chicken run plans is to allow spacing for the fence panels to have a snug fit. For the metal roof, 2×4 purlins for the big structure will suffice and 1×3 purlins for the small run.

The medium sized Palace coop is pleasing on the eye, is easy to clean and maintain and is sturdy enough to stand firm in places that have tropical storms.

It is also able to resist flooding that can occur in areas where rainfall is high. It has excellent ventilation and air-movement for the chickens comfort and there is adequate room here for about 5-7 chickens, with room to add 1 or 2 later.

The full structure for this chicken coop and run plans is about 12×6 ft. with the coop measuring 4×6 ft. and the roof coming with a 1-ft overhang on the sides.

The American Canyon Coop is a 4×8 ft. raised coop. As a medium coop, it is big enough to house about 10-12 chickens. It’s a good looking coop and easy to build.

What makes it great it is easy to clean and there is easy access to the eggs. The pop door also has easy access for both opening and closing.

Materials required for building this coop is the framing, corner posts or legs, trims and supports, Plexiglas for the windows, plastic for the roof panels and glass for the front door. Other necessities are screws, nails, wheels and hasps.

Any old shed is a good idea to use to create a recycled shed coop. This is about 4×8 ft., able to take about 8 chickens such as Hampshire’s.

Extra running space would be created to give them plenty of outside room. The door and broken windows were removed and a new roof added with some extra framing to strengthen the floor and replace boarding.

An insulated window was added which was covered in hardware cloth. Trimmings have been added and the shed coop painted. Roosts were added.

The run is 8×16 ft. and covered with aviary netting. There will be an area that offers shade and shelter.

This is a medium sized coop with a concrete block foundation. It has a 5×10 ft. base and is strengthened for predator protection. The frame has attached hardware cloth added.

Windows and knotty pine paneling have been added with the pop door and nesting boxes. This one has a double nest box, made from paneling. There is plenty of ventilation. The Bluegrass Coop is suitable for about 4 hens.

This large-sized hoop-coop is known to be quite inexpensive as well as easy to erect and build. To assist, you can find chicken run plans plus the full master materials building kit to build it.

There are also excellent building instructions for the base, hoop cattle panels, base joists, end wall framing, the center post and girder, cattle panel end walls, hardware cloth and more.

It is an exciting project even though challenging as it is a heavy duty type coop but one which will last for many a year.

This is another large chicken coop that is situated between two separated fenced off areas. The one part is for the chicken run and the other as the garden for fertilization by the chickens.

The wall on the Northern side has two small windows in and a door with a window in the middle. Should there be heavy winds, this chicken coop has minimized openings on the sides that get the wind so as to prevent drafts in the winter time.

The Eastern wall has long slim window which allows morning sun and light to come in to get the chickens moving. The Southern wall has a large window as well as a door with a window to offer nice sunshine in the winter.

When All is Said and Done

Finally, remember that a chicken coop runs plan is designed for different birds and different needs. What are the size of the hens you have?

Naturally bigger poultry will require bigger spaces which will determine the size of the chicken coop. The run is what gives the chicken coop the space for hens to roam about in.

A run or extension is meant to add extra space for the chickens to roam about in. Different poultry and different sizes of poultry have different needs – an important consideration.

Get started by doing it right and reap the benefits

“All you gotta do is provide them a great habitat, and make them happy, and their eggs will be ten times better than what’s in the store” – Joel Salatin. Basically, it’s that simple.

Pauline G. Carter is a well-known pet blogger who has written about the world of pets for several years. She is passionate about pets, from cats and dogs to birds, reptiles, and poultry. Her blog, which is updated regularly, is filled with articles and guides on pet care, nutrition, and training. She also shares her experiences and observations on pet ownership, making her blog relatable and informative for pet lovers. She is a true animal advocate and is dedicated to promoting responsible pet ownership. Let’s Go …

Pauline G. Carter is a well-known pet blogger who has written about the world of pets for several years. She is passionate about pets, from cats and dogs to birds, reptiles, and poultry. Her blog, which is updated regularly, is filled with articles and guides on pet care, nutrition, and training. She also shares her experiences and observations on pet ownership, making her blog relatable and informative for pet lovers. She is a true animal advocate and is dedicated to promoting responsible pet ownership. Let’s Go …